The Two-Headed Serpent is "a cross between Indiana Jones and Hellboy... awesome action movie fun with a beautifully realized Lovecraftian back drop... The staff at Chaosium have put together a marvelous globe trotting tale of monster filled, paranoia inducing, world ending mayhem" (Shoggoth.net).

This is the free 42 page Keeper Resource Pack pack for The Two-Headed Serpent containing every player handout for the campaign. Print them and use them again and again!

The world needs heroes, now more than ever. In the Two-Headed Serpent the heroes face the sinister conspiracies of an ancient race of monsters hell-bent on taking back a world that was once theirs. An Epic Action-Packed and Globe-Spanning Campaign for Pulp Cthulhu! 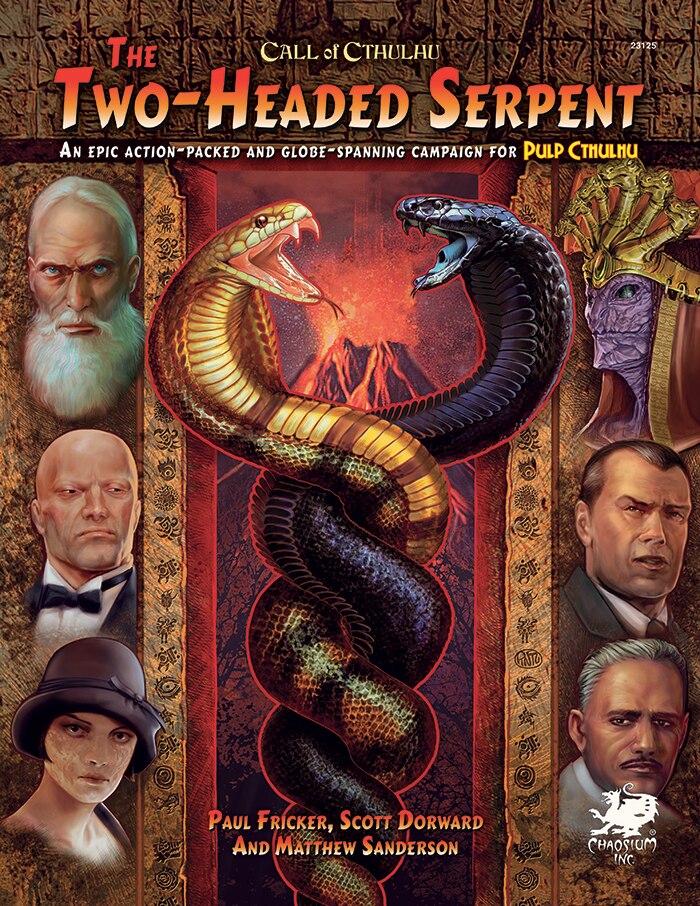 Working for Caduceus, a medical aid organization, the heroes will loot a lost temple in the forests of Bolivia, go head-to-head with the Mafia in New York City, face a deadly epidemic in the jungles of North Borneo, uncover the workings of a strange cult in dust-bowl-era Oklahoma, infiltrate enemy territory inside an awakening volcano in Iceland, face the horrors of hideous medical experiments in the Congo, race to control an ancient and powerful artifact on the streets of Calcutta, and ultimately travel to a lost continent for a desperate battle to save humanity from enslavement or annihilation! 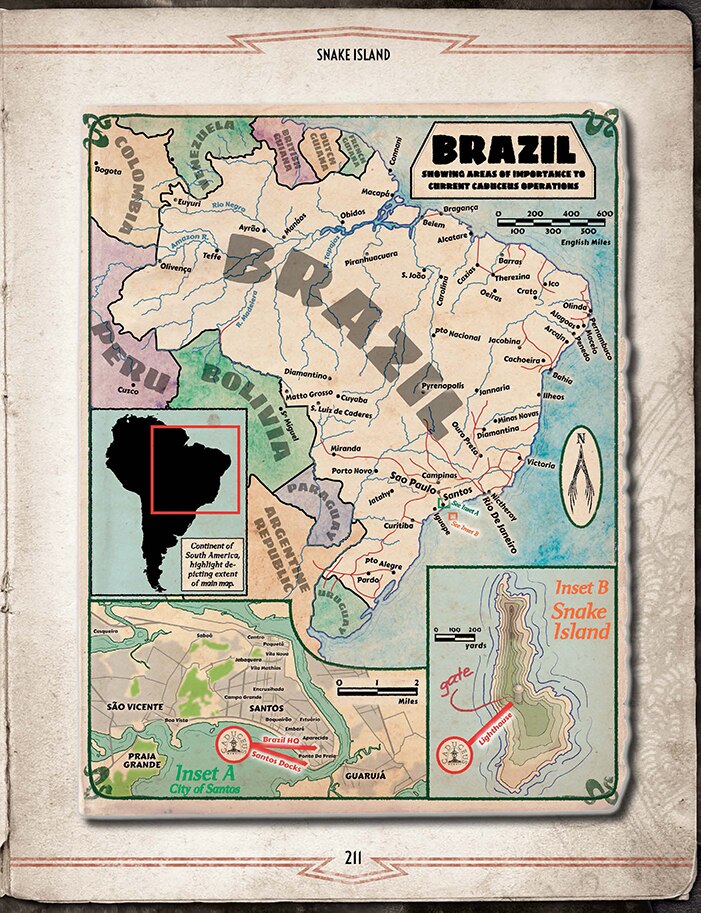 Pulp Cthulhu is a game of two-fisted adventure, weird science, dark deeds, and brave heroes. With this book, some roleplaying dice, and the Call of Cthulhu Rulebook, you have everything you need to adventure and explore games set in the pulp genre. 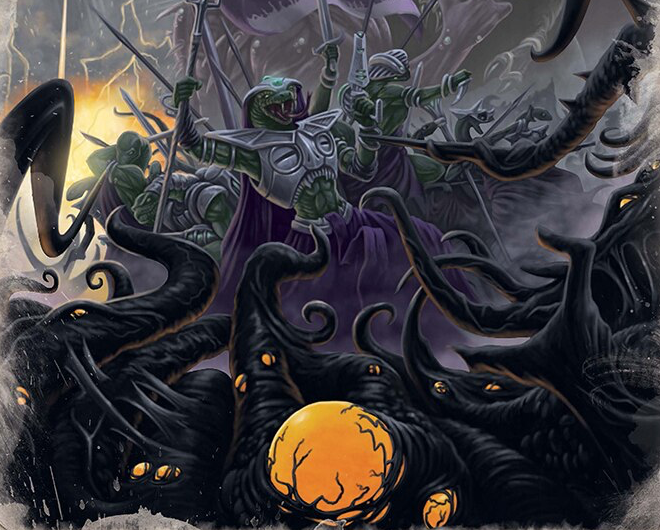 The Two-Headed Serpent has won the following awards:

The Two-Headed Serpent is available from Chaosium as in full colour hardback and PDF. 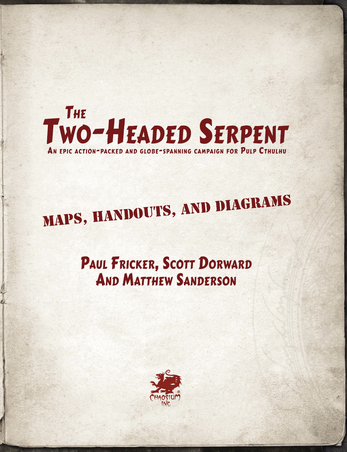 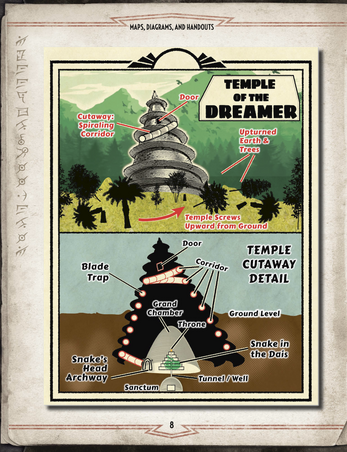 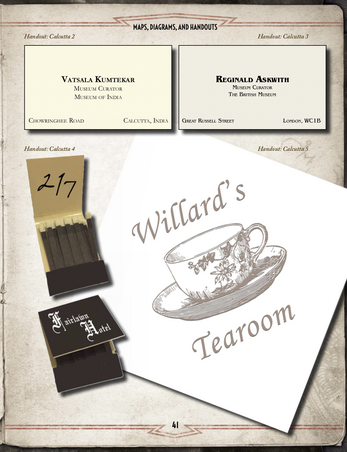 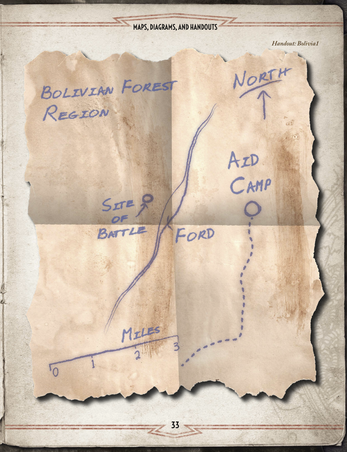 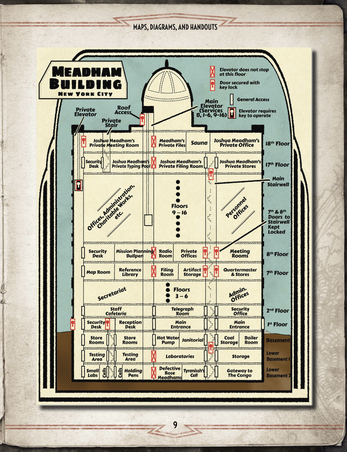 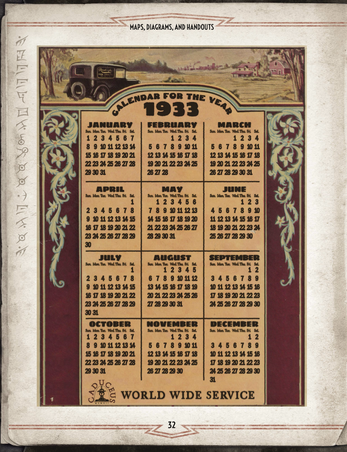