A mythic world of mortals and gods, myths and cults, monsters and heroes. In Glorantha, the Runes permeate everything, and mastery of Runes allows astonishing feats of bravery and magic. 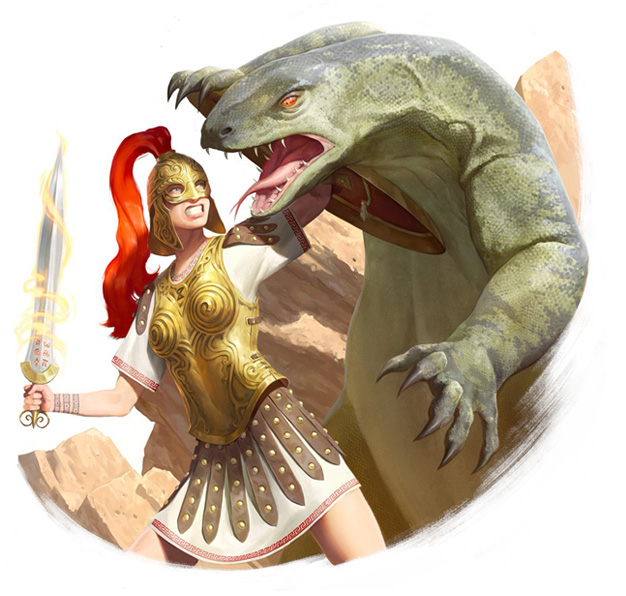 Glorantha is ancient, and has known many ages, but now it is at the brink of the greatest conflict it has ever known… the Hero Wars.

Glorantha is the setting of RuneQuest, one of the oldest and most influential roleplaying games ever published. 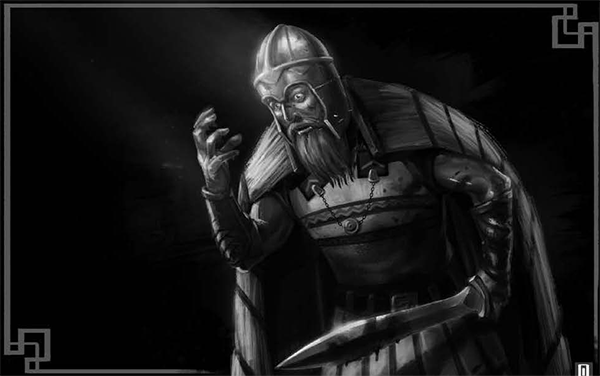 Welcome to Chaosium’s RuneQuest Quickstart Rules, a booklet that collects the essential rules for RuneQuest: Roleplaying in Glorantha and presents them in abbreviated form. 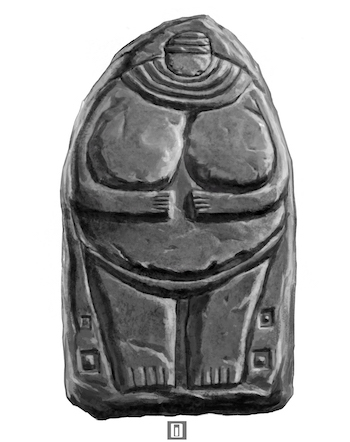 The Broken Tower, set in the heart of the Dragon Pass, is suitable for up to 5 adventurers and one gamemaster, complete with all the rules needed to play.

More free downloads for the scenario are available at the Chaosium website: 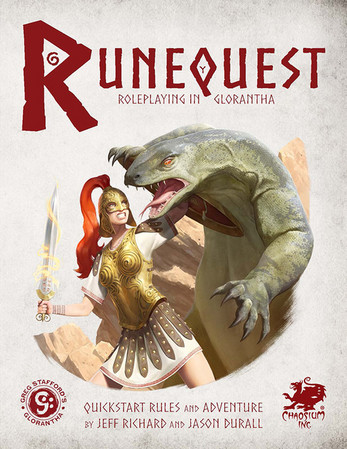 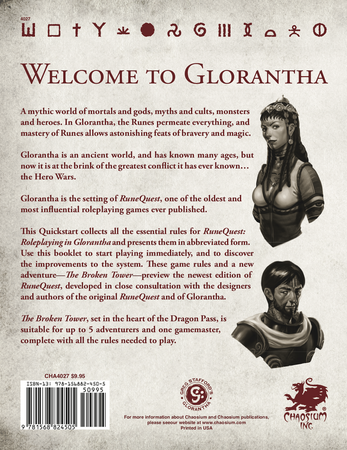